There is not much to report for September. We lost two play days due the course aeration.

Three Clubs and a Putter was played on September 20

Closing day scramble will take place on October 4 with a 10:00 a.m. tee off. After play there will be a lunch, meeting, awards, and election of officers. Please sign up in the Pro Shop by noon on Sunday October 2. 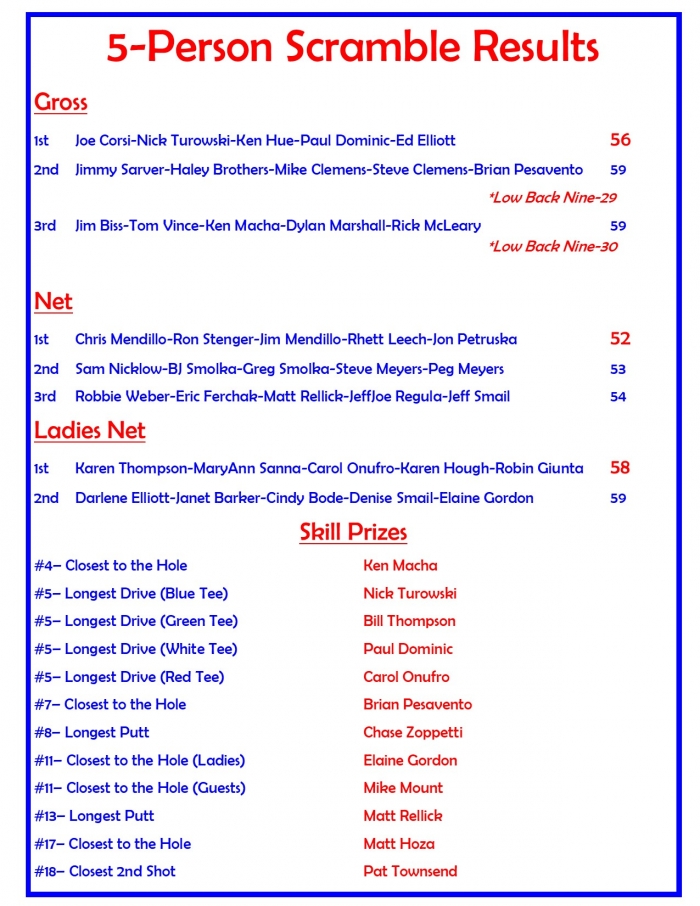 Summer was here and now is “almost” gone. As we look back at the year, we can at least say we’ve had some fantastic days to Golf and the course has been superb!

August was a fantastic month for events. We had our Member-Guest, Club Championships, Bucks & Does Couples Cup & our Glow Golf event.

Congratulations to Sally Sheerer for winning the Ladies Club Championship; Sally is now a 3X winner and back-to-back Champion! Also, congratulations to our 17-year-old, Derry Area Golf star, Hunter Jurica for winning his first Men’s Club Championship. Hunter battled Dave Smail down the stretch, recording a 32 on the back nine of the final round and a clutch up and down on #18 to seal the deal!

Now, we look forward to our remaining events and the wonderful foliage in our area. Our 5-Person Scramble is already sold out, but our Cross-Country event on September 17 will be 18-holes this year and give you a different take on the Golf Course

Oh! Don’t forget it’s that time of the year again where we Sean tries to raise money for the Fold’s of Honor foundation. This is year 8 for Sean, raising over $110,000. In 2020 & 2021, Ligonier Country Club was recognized as a Top Performer for donations and looks to be one again in 2022! Sean will begin his marathon on Tuesday, September 13.-see flier in Newsletter

Our season is in the last stretch.  There are no games the first two weeks of September due to course aeration. Tee times in September will be at 10:00 a.m.

August started with the Greens Game.  Chip-ins were worth 5 points; one putt was 3 points; two puts earned 1 point.  Two points were subtracted for a three putt.

The Pink Lady was played on August 9.  Teams chosen by the Pro Shop had two pink balls of which one needed to be returned to qualify.  The team of Stephanie Trozzo, Denise Smail and Jan Litrun had the best pink lady score.

One of our major tournaments, the Ladies Classic took place on August 16.  Stephanie Trozzo was the gross winner with an 84.  Denise Smail took the net prize with a 68 and won the right to host next year.

Becky Demuth shot a net 78 from the Orange Tee for a win.

Karen Thompson was the hostess this year.  Our thanks go out to her for a wonderful picnic lunch and a useful tee gift of socks, tees and ball markers.  She managed to make it all happen even though she was ill and not able to play.

The Ribbon Game was the gadget on August 23.  Teams were chosen by the Pro Shop.  Players were given a colored ribbon and each team had one of each color.  The net score of all the players with the same color determine the winner.  The team of Darlene Elliott, Linda Brody and Sherry O’Halloran won.

The 9-holers played Low Gross with a Twist, throwing out one hole based on a blind draw.  Dottie Lynch had the best low gross score.

The Snake will be played on August 30 and the results reported in the October newsletter.

Mark October 4, closing day, on your calendar. Tt will be the traditional scramble followed by lunch, meeting, awards, and election of officers. 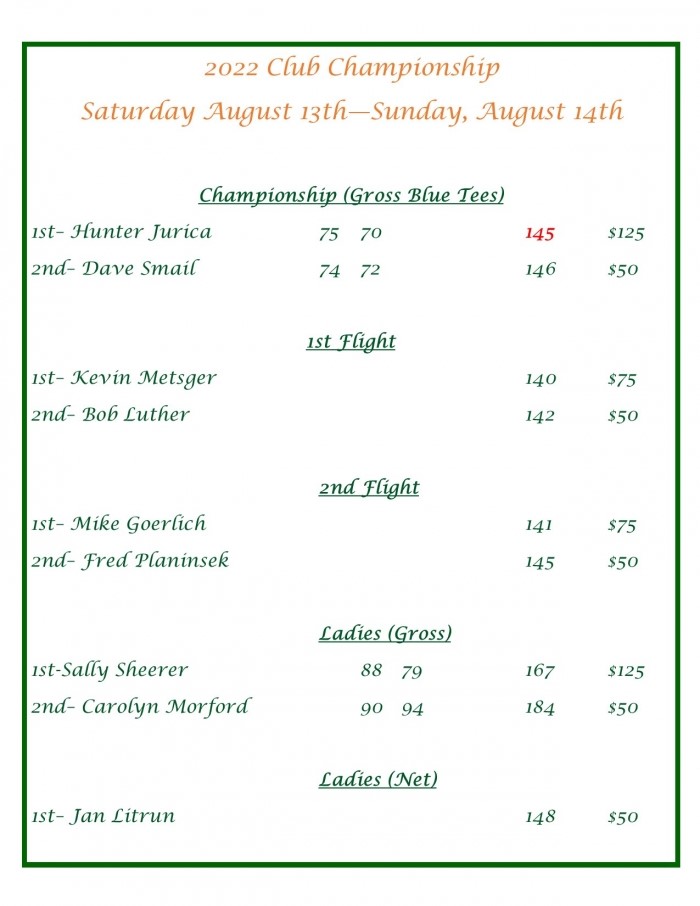 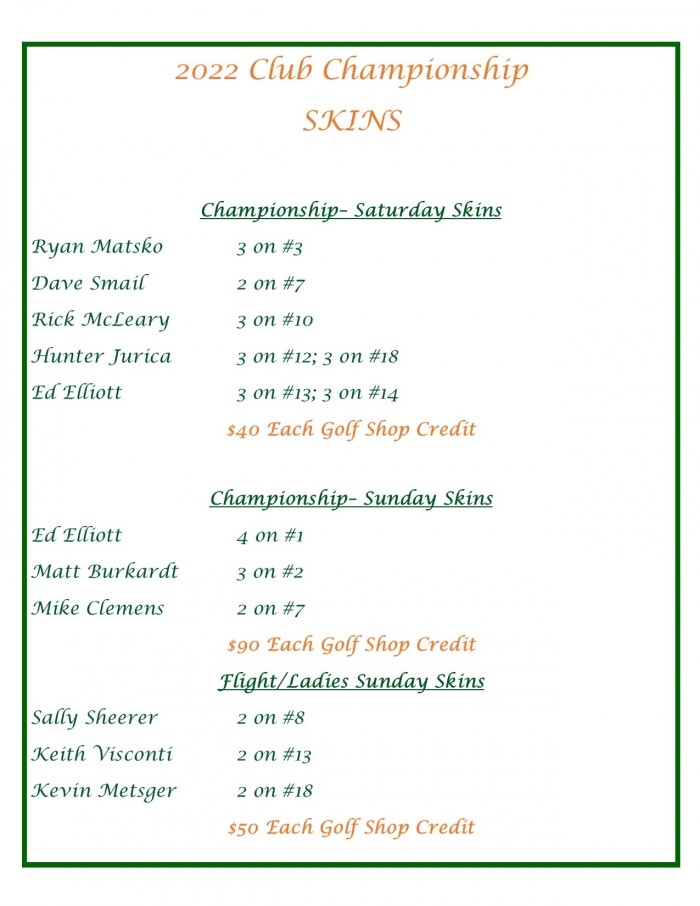 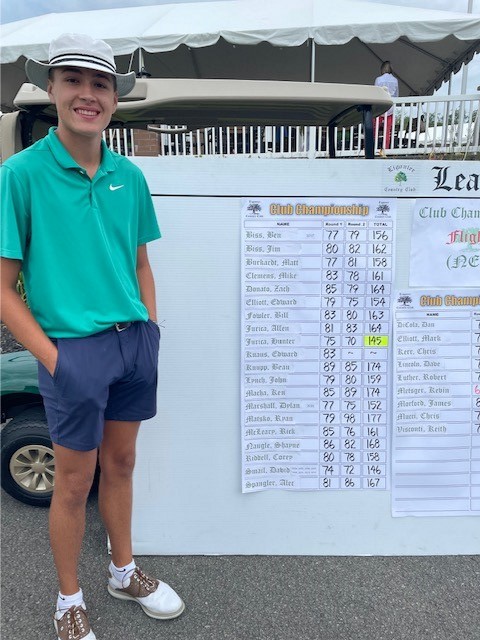 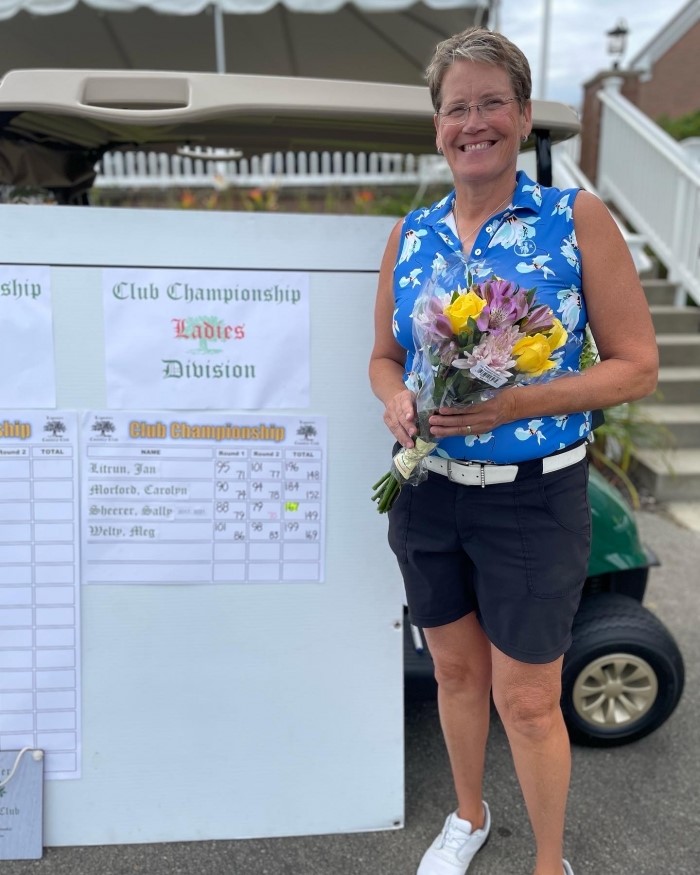